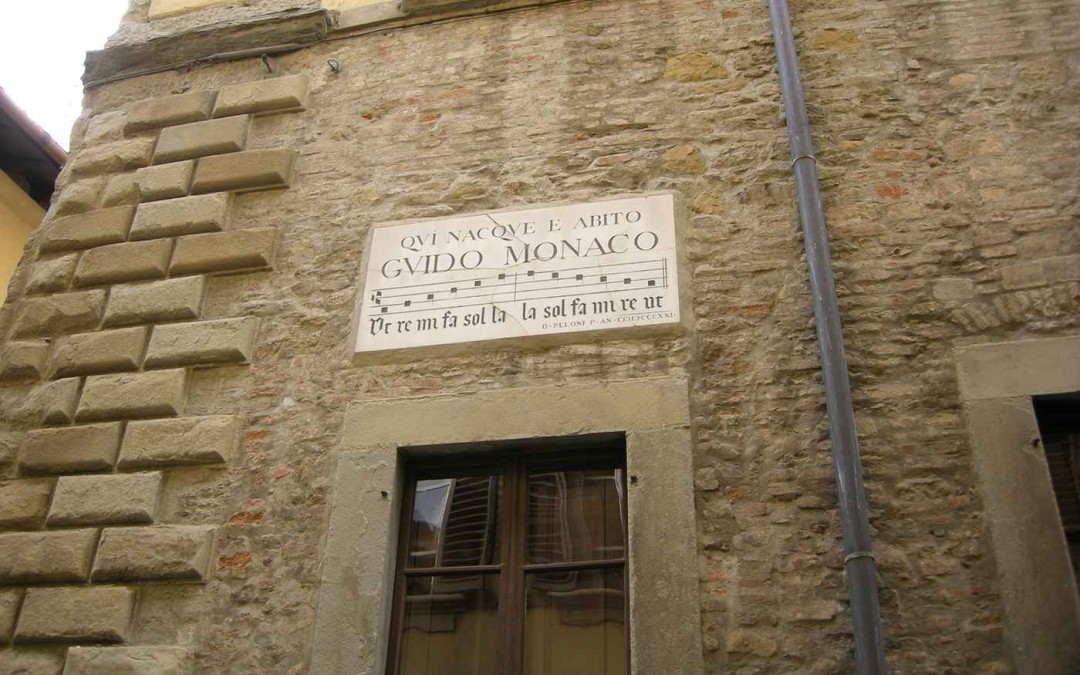 Guido Monaco was an Italian monk and music theorist of the Medieval era who is regarded as the inventor of modern musical notation, or staff notion, that replaced neumatic notation. His text, the Micrologus, was the second most widely distributed treatise on music during the Middle Ages after the writings of Severino Boezio.

His early career took place in the Abbey of Pomposa, on the Adriatic coast near Ferrara, where he noted the difficulty that the monks had in remembering the traditional Gregorian chants. To solve this problem he came up with a completely new teaching method which quickly made him famous throughout Northern Italy. This invited the hostility and envy of the other monks of the monastery which prompted him to move to Arezzo, to the Hillock of Pionta, Episcopal seat and home to the cathedral. Once here, he placed himself under the protection of Bishop Tedald, to whom he dedicated his famous piece: the Micrologus. From 1025, Guido was a teacher of music and chant at the Cathedral of Arezzo situated at the Hillock of Pionta, outside the walls of the city. There he continued the work he had started at Pomposa and developing the modern musical notation, which went on to revolutionise the way of teaching, composing and passing on music