THE SACRAL COMPLEX OF THE HILL OF PIONTA

South West of modern day Arezzo, 274 m above sea level and roughly 1km from the current cathedral lies the Hillock of Pionta also known as the Old Cathedral Hill. It boasts ancient origins as can be seen from the presence of sacred fonts and salubrious water rites attributed to “suburban cults” from prehistoric times and documented by Professor Giovanni Colonna. After the development of the city, the hill became a burial ground for the aristocratic families of Arezzo, a function made known by the discoveries made there. Only after the martyrdom of Donatus, the second bishop of Arezzo in 304 and the beginning of his worship, did the site truly flourish. On the Hillock of Pionta, after the Peace of the Church in 313, an oratory chapel was erected by Donatus’ successor Gelasious and an important cultural centre grew quickly around this first nucleus. Professor J.P. Delumeau, from the University of Rennes compares Pionta to Tours and describes it as one of the main places of worship of the Western world. Its role is also documented by the numerous visits made there by great historical figures for over a millennium: both Pope Vittore II who died in 1057 and Gregorio X who died in 1210, and whose remains rest in the current cathedral; Pipino il Breve (Pepin the Short) in 756 and his son Carlo Magno in 800 and 801; Lotario I in 836; Ugo of Arles with his son Lotario in 936 and 939; Ottone I in 970; Ottone II in 981 and Ottone III in 996.

However, the cultural level reached by the Pionta site can be above all confirmed by the fervid architectural activity whose detection is still in the defining phase: between 650-840 next to the primitive Paleo-Christian church of the IV century (an area not yet identified) was annexed the Cathedral of Saint Mary and Saint Stephen which as the explorations show, reveals the presence of first the Longobards followed by the Francs; the rectory established by Pope Peter I near the cathedral in 840 (not yet identified); the Episcopal seat (the Bishop of Arezzo would become one of the first after the year 1000 to hold the title of Count); finally, the great complex of the temple of Saint Donatus, created by the famous architect Maginardo, with its likeness to Saint Vitale in Ravenna, and consecrated in 1032 but not yet identified. In this way a true Episcopal citadel was formed, its cultural vitality confirms not only the presence of the architect Maginardo, the music theorist Guido Monaco and the archivist Gerardo but also the development of studies in law, music and miniature art. This series of factors would establish the ‘school of the cathedral’ eventually leading to the founding of the third University of the Western world after Bologna and Paris.

Depiction of the Temple of San Donato of Arezzo

Unfortunately the reconstruction of the monumental structure of the Old Cathedral is a somewhat difficult enterprise due to several factors: the site underwent the first destruction at the hand of the inhabitants of Arezzo in 1110 and 1129 during the disputes between Guelphs and Ghibellines, later in 1203 Pope Innocence III using the papal sea, had the cathedral, the episcopacy and the rectory moved to inside the city walls, close to the church of San Pier Maggiore near Saint Peter’s Hill, which belonged to the Benedictine Monks of the Abbey of Saint Flora and Lucilla, citing his motive as being “the peace of the city and the church of Arezzo”. Although the Hillock of Pionta remained the destination for worship and pilgrimages for the people of Arezzo, as time went by it became abandoned and fell prey to pillage, becoming home to outlaws and lowlifes. The last episode which determined the final decline of the site, came as a consequence of the decision of Pietro Strozzi, enemy of the Granduca Cosimo I, to camp there with his troops on 20th June 1554. This choice led to the decision to demolish the entire structure by Cosimo I on 20th October 1561. 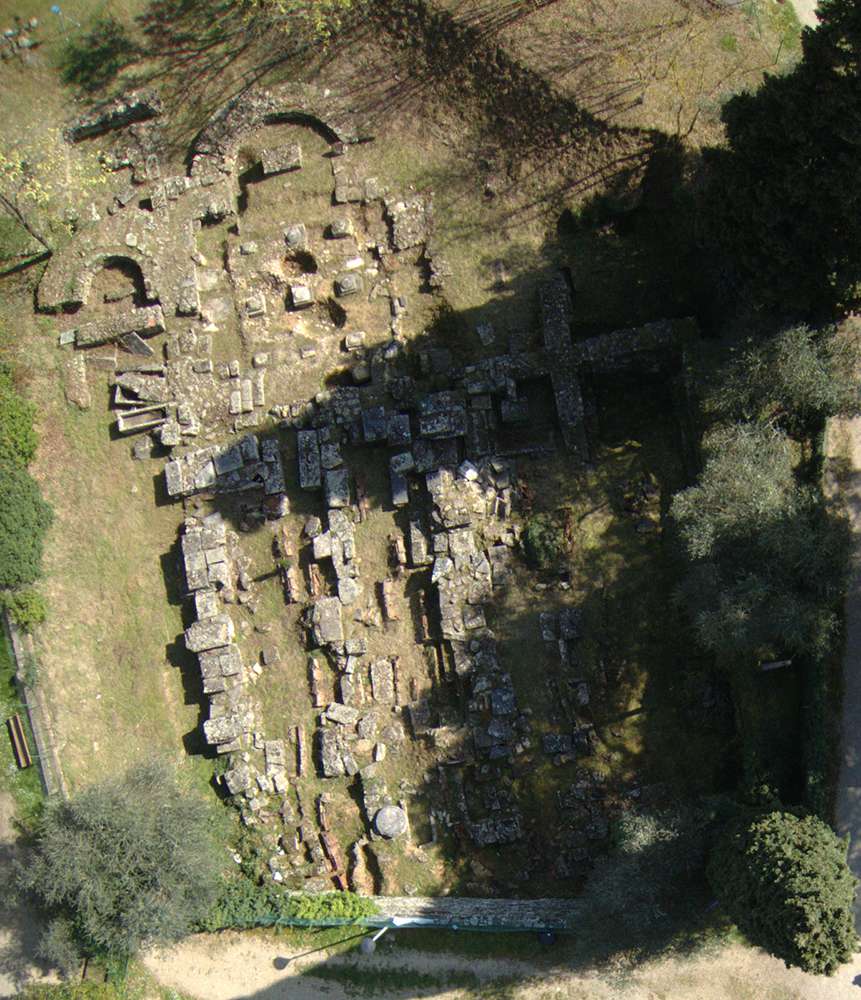 The Aerial view with Drone of the Church of S. Stefano and Santa Maria in Hill of Pionta, Arezzo VIII sec.

The state of disrepair of the Hill of Pionta remains today much the same as it was in 1561, it lies forgotten by everyone, in the first place by the city of Arezzo, which seems not to remember how much is owed to that place, how much the of culture that brought about the birth of the Europe of today was generated in that place. It would be enough to think about Guido of Arezzo’s introduction of the staff or the studies that brought about the retrieval of Roman Law to understand not only how the present has its roots in an ancient past but, above all how certain places such as Pionta, show themselves to be fundamental stages of that past. 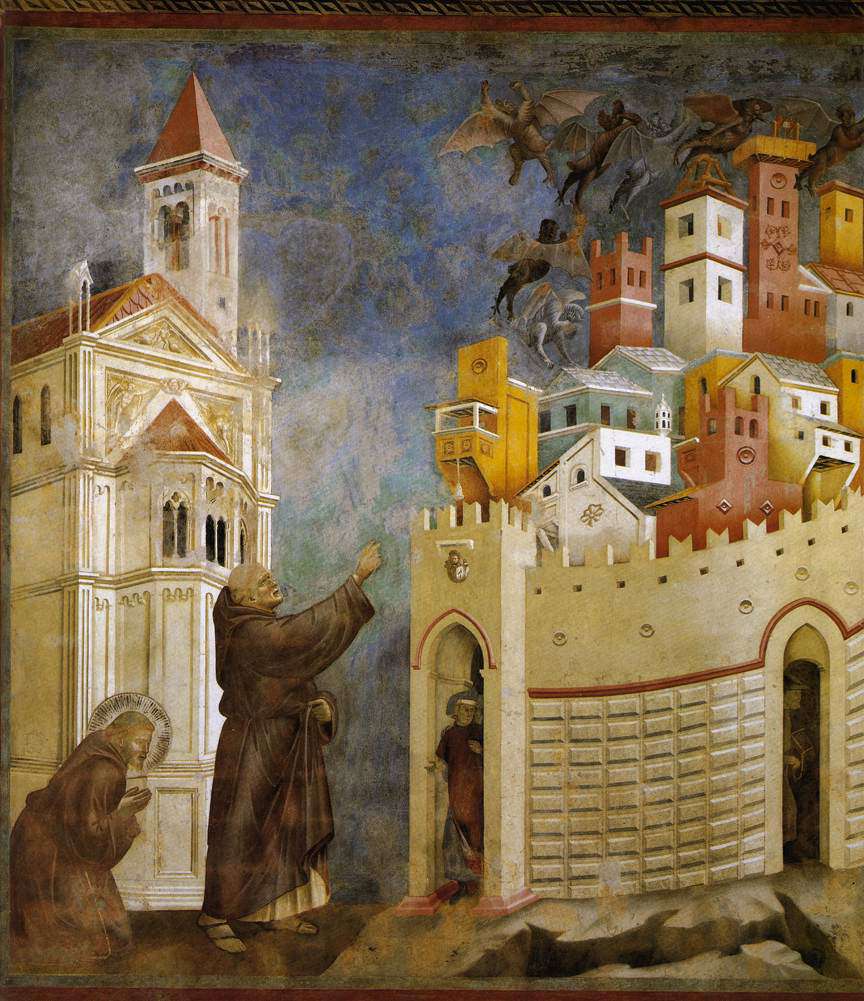 One of the three cathedrals to identify the “Colle Pionta of Arezzo”, immortalized by Giotto in the “Expulsion of the Devils from Arezzo” in the Upper Basilica of Assisi