Digital survey of the archaeological area The Hill of Pionta

On 14th and 15th May 2014 Professor Giorgio Verdiani, Head of the Department of Architecture of the University of Florence and his team, made up of the architects Francesco Tioli, Angela Mancuso, Mirco Pucci, Andrea Pasquali, Giulia Chiti and Anna Frascari using 3D laser scanners brought to light the archaeological sites of “The Hillock of Pionta” also known as “The Old Cathedral” site of Arezzo. These are identified as the area 1000, which refers to the buildings around the area of the Old Cathedral (1131 226 66 77), area 2000, area 5000 and area 3000 refer to the surrounding and integrated spaces. The photographic survey activities, the photographic documentation and photogrammetry were carried out at the same time as the 3D laser scanner activity. In particular, it must be noted that the mysterious crypt of the “small church” of St Stephen’s was also found, although even today the opinions of its origin are widely discussed. 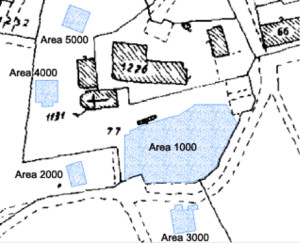 The Association would like to thank the group of voluntary workers of Arezzo for their help with the unexpected, logistic problem which called for urgent attention. Alfredo Nocentini (who works for Arezzo council), Donato Borri, Mauro Pratesi, Marcello Salvi, Mario Gambini, Fulvio Borgheresi, Massimo Pasqui, Sergio Aristarchi.