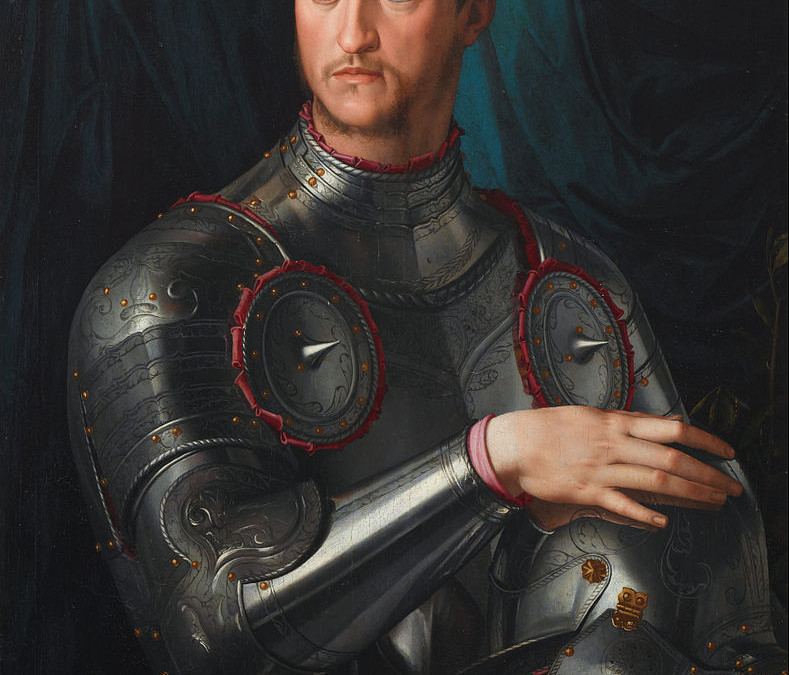 Son of the leader Giovanni delle Bande Nere and Maria Salviati, Cosimo came to power in 1537, just 17 years after the assassination of the Duke of Florence Alessandro de ‘Medici. The crime was hatched by Lorenzino de ‘Medici, distant cousin of the Duke Alexander, who, however, could not take the opportunity to replace your cousin and ended up fleeing from Florence. None of the leading families seemed to be able to take the place of the Medici when Cosimo, then almost unknown, appeared in the city, followed by a few servants. He came from the Mugello where he grew up after his father’s death and managed to get himself appointed Duke despite belonged to a secondary branch of the family. In fact, given his youth and his modest demeanor, many influential people of the Florence of the time hoped to have to deal with a weak young, dreamy, attracted only by hunting and by women; an easy person to influence. Cosimo was then appointed head of government with the proviso that the power was exercised by the Council of Forty. But Cosimo had inherited entirely the fighting spirit of his father and paternal grandmother Caterina Sforza. In fact, just the power and the after obtaining a decree that excluded the branch of Lorenzino from any right of inheritance, overthrew the directors and assumed the absolute authority. He restored the power of the Medici so tightly that from now ruled Florence and much of Tuscany current until the end of the dynasty. 4 / September 1561 Cosimo I informed the irrevocable decision to demolish the old Cathedral of Colle Pionta of Arezzo in these terms: “Our Screen resolutions ….. this does not tend to nothing but to benefit et security than our city, which we love so much that we estimate et gladly consolaremmo in this if it would judge harmful et too much danger. ” So on 20 / Oct / 1561 began the demolition of the “old cathedral” and the whole sacred area Pionta. Following this unfortunate event will not uttered a single word, nor the bishop of Arezzo Bernardetto Minerbetti nor Arezzo Giorgio Vasari.